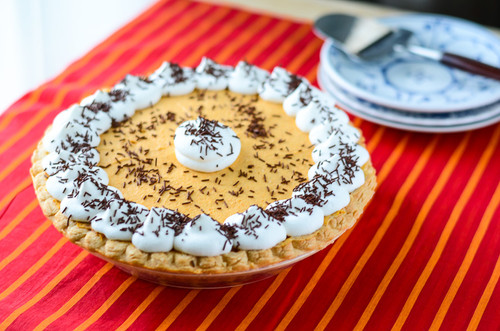 Note: Raw eggs are used in this Pumpkin Chiffon French Silk Pie; they should not be used in food prepared for pregnant women, babies, young children, or anyone whose health is compromised.