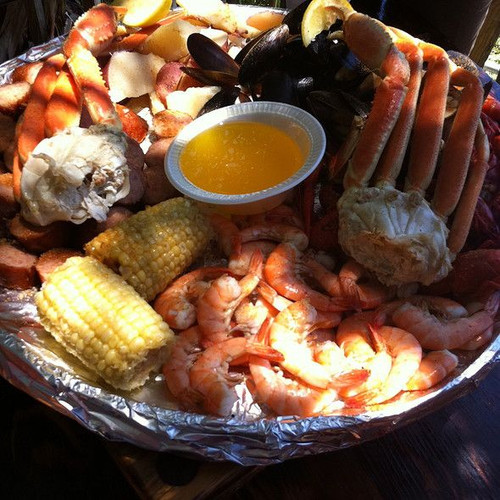 Here is a low carb version of a lowcounrty favorite. Come October in the South Carolina lowcountry, when the shrimp season overlaps high blue crab season, it's time to make Frogmore Stew! Named for Frogmore, South Carolina, a town of about ten thousand people in the low-lying wetlands between Beaufort and St. Helena Island, this stew quite literally seems to have emerged from the marshes: it puts shrimp and crab front-and-center, and it's often served by outdoorsy characters, at hunting stations, fish shacks, and boatyards. And more than any other stew, Frogmore (which is also sometimes referred to as Lowcountry Boil) lives up to the spirit of one-pot dining, with whole, shell-on shrimp, split crabs, corn-on-the-cob, and smoked sausages bobbing around in a richly-concentrated shellfish broth.