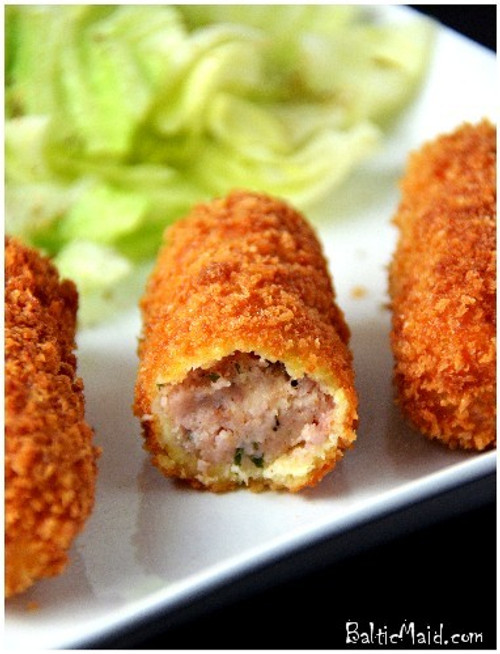 Melt the butter in a large frying pan. Sauté the onion until translucent. Stir in in the flour and then gradually whisk in the warm milk to make a smooth sauce. Simmer until the mixture is thickened.

Then season with the nutmeg and parsley. Fold in the ground ham and 1 cup of breadcrumbs. Simmer on low heat for a few minutes. Season to taste with salt and pepper.

Place the mixture into a bowl. Cover it and refrigerate it for at least 2-3 hours or overnight.

With lightly floured hands, shape the ham mixture into logs about 2 to 3 inches long and about ¾ inch in diameter.

Set up the breading station with the beaten egg seasoned with salt and pepper on the first plate and the cracker meal or breadcrumbs on a second plate.

Fry the croquettes in hot oil until golden brown, turning them occasionally. This may take 3 to 4 minutes. Remove from the oil and drain them on paper towels.

Recipe from Three Guys from Miami