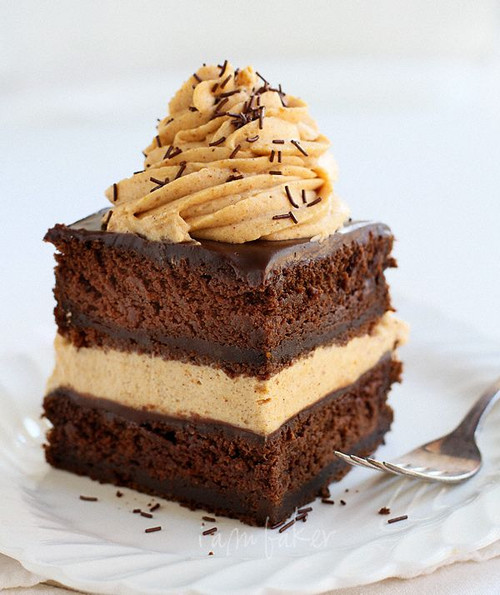 Prepare cupcake pan with your fun and festive liners.

In mixer, beat butter and sugars until light and fluffy, about three minutes.  Add in eggs, one at a time, until fully incorporated.  In a medium bowl, sift the flour, cocoa, baking powder, baking soda, and salt together, set aside.  Stir yogurt, pumpkin, and vanilla extract together in a small bowl.  Reduce mixer speed to low and alternately beat in the flour and yogurt mixtures in thirds, starting and ending with flour.

Bake for 18-25 minutes, depending on your oven.  Remove once toothpick inserted into center comes out clean, or center springs back when touched.

This recipe for Cinnamon Buttercream is divine, I simply excluded the brown sugar. (Because I wanted it to be whiter, not for taste purposes.  I am a vain baker like that.)