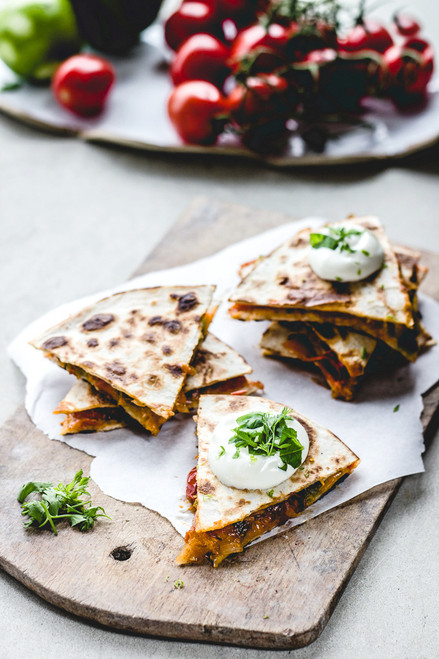 Roughly chop up the tomatoes, bell pepper and apricot together to make a salsa.

Fry this in a small skillet with a little oil, along with the sliced shallot, cinnamon, paprika, lime zest and juice. Cook over a medium heat for about 5 minutes, until the shallot is slightly translucent.

If you're going to use this skillet to heat the tortilla, then remove the vegetable mixture to a plate and set aside, then clean and dry the skillet. Or, if you're just going to use a different skillet, just set the veg mixture aside.

Remove from the skillet and cut into wedges.

Apple Hand Pies with a Cheddar Crust - (Free Recipe below)