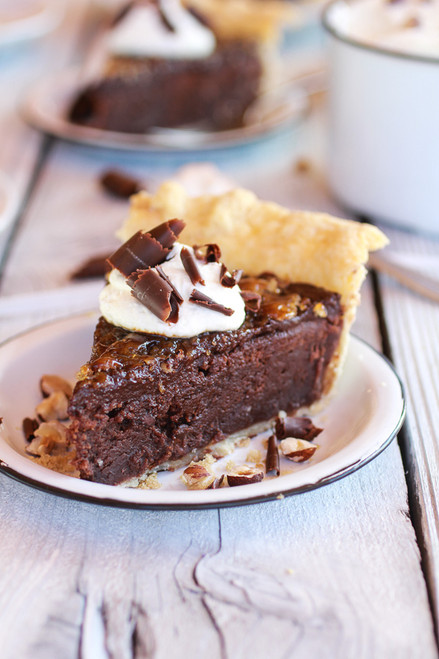 *The pie can be made 2 days in advance and kept in the fridge. Just do not brûlée the top until ready to serve.

*I like to remove the pie 30 minutes prior to eating to help the brownies soften a bit.

*Pie crust measurements based off the Pioneer Women.